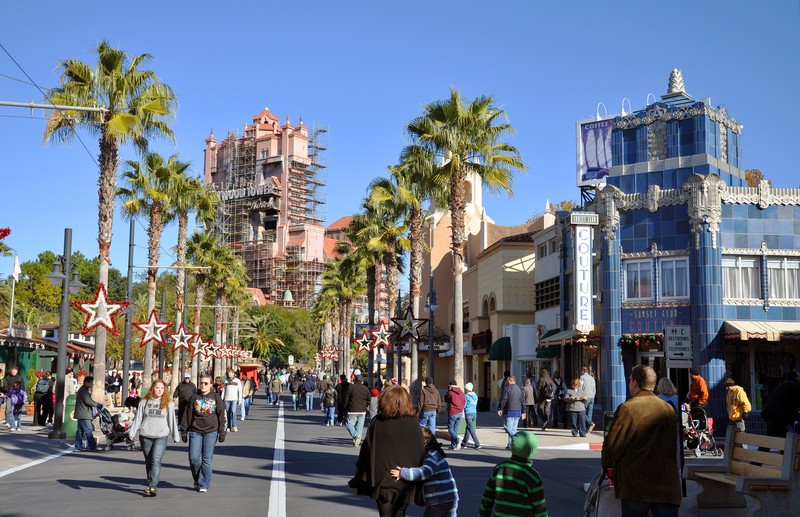 Walt Disney World has reopened and here at The Park Prodigy it is still our goal to help you plan an amazing Disney vacation no matter when you visit. Although we are all still getting used to the new Disney reservation system one thing remains the same, and that is Hollywood Studios is a popular destination. That’s why in this post we are going to break down the best way to rope drop Hollywood Studios!

In this post we are going to break down why it’s more important now than ever before to take advantage of Hollywood Studios rope drop, including the best time to arrive, what attractions are available, and which attractions you’ll want to ride first! It’s important to note that Disney recently made changes in January 2021 to the process to join a boarding group for Star Wars rise of the Resistance. We will cover later on in this post how and why this might impact your Hollywood Studios Rope Drop!

What is Hollywood Studios Rope Drop? 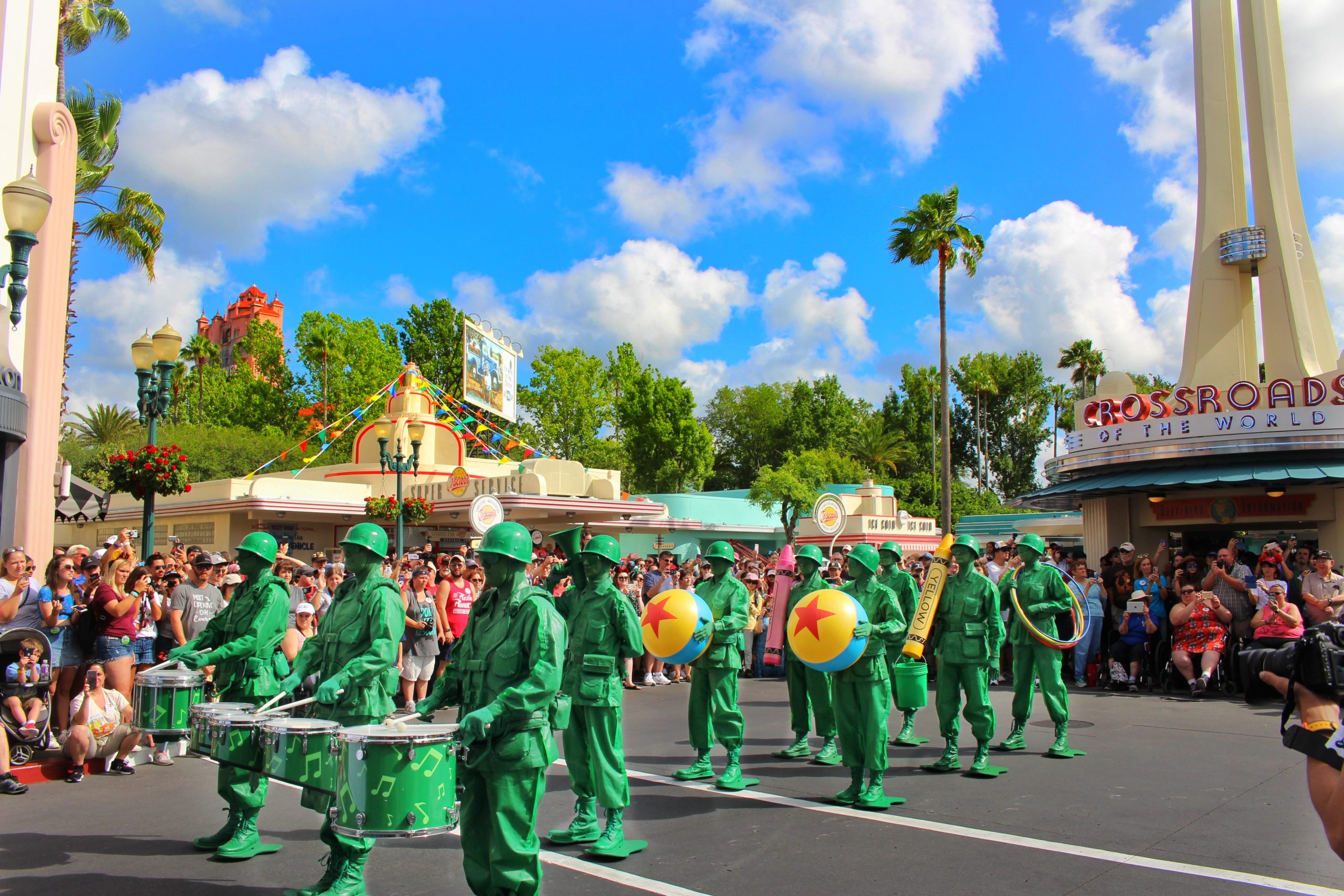 The phrase “rope drop” is one you’ll hear a lot of you are planning a trip to Walt Disney World. Especially if you are trying to get the most out of your time in the parks. Many people don’t realize that you can actually enter all Walt Disney World parks before the “scheduled” opening time. In most situations cast members will have a rope cutting guests off from entering the main areas of the parks.

What Time is Rope Drop at Hollywood Studios?

Rope drop will vary on a day to day basis but it is typically before the regular scheduled park open.

Participating in a Hollywood Studios rope drop has become increasingly popular over the past few months with the recent addition of one of the newest Disney attractions Star Wars Rise of the Resistance. The best bet if trying to take

**It’s important to note that rope drop protocols have changes with the recent health screenings and precautions going on throughout all of Walt Disney World. Be sure to speak with a cast member for the most up to date rope drop procedures.

Why is the Hollywood Studios Rope Drop So Important? 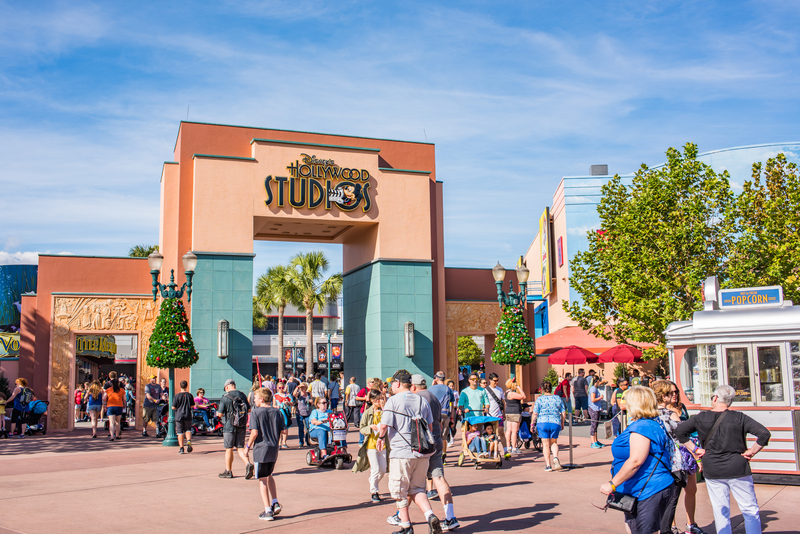 As you probably guesses security at all Walt Disney World theme parks is extremely tight, and this is even more so with recent health screenings. This will without a doubt add to the amount of time it takes you to get into the park. So if Hollywood Studios opens at 9:00 AM, and you show up at 9 you will most likely be getting into the park sometime after 9:15-9:30.

It’s like getting a head start to the day, and this strategy combined with some great fastpass preparation ( when Disney brings them back) can save you a tremendous amount of time in the parks. And we are all about saving time!

How Early Should I Get To Hollywood Studios for Rope Drop?

If you are trying to take advantage of everything Hollywood Studios has to offer we recommend arriving 45 minutes – an hour before normal scheduled park opening. If you are driving and not taking Disney transportation we would say be sure to stay closer to that hour as you will need to prepare time from the parking lot to security.

It’s very important that you and your group decide if you will be riding Rise Of The Resistance. If you are skipping Star War’s Galaxy’s Edge and want to use your Hollywood Studios rope drop to ride Mickey & Minnie’s Runaway Railway or Slinky Dog Dash than you should be able to get away with showing up a half hour in advance.

What time does Hollywood Studios open? 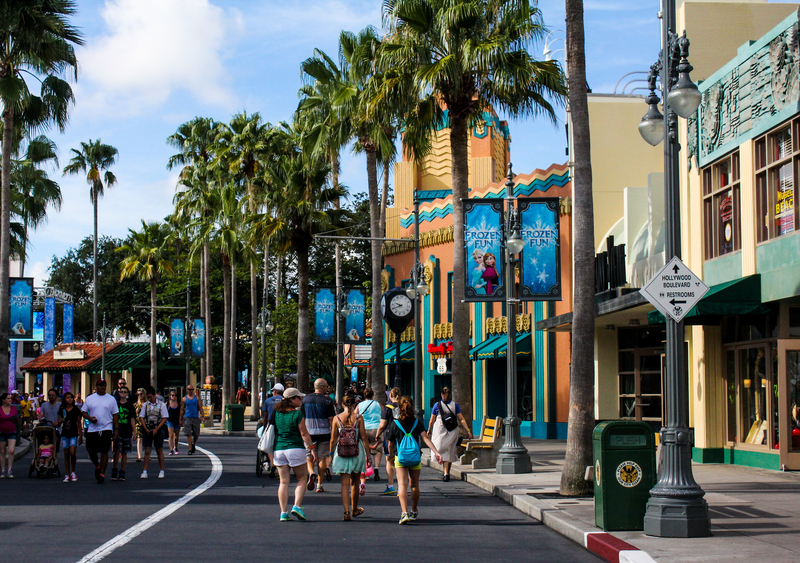 Hollywood Studios as of the Fall 2020 opens up at 10:00 AM on most mornings, however always be sure to ask a cast member once you check into your hotel for an updated schedule or check the Disney World Website.

If you are still unsure which days you would like to visit Disney and you are trying to avoid the crowds be sure to check out our Hollywood Studios Crowd Calendar!

We also break out the best day of the week to go to Hollywood Studios in one of our most recent blog articles.

What Are The New Rope Drop Procedures?

As you can imagine Disney is doing its best to keep guests moving and from gathering in large crowds. Guests entering Hollywood studios can still expect to go through security as well as the new health screenings. Even when lines do form, Disney is making sure all guests abide by the socially distancing rules of standing six feet apart.

Rise Of The Resistance and Disney’s Hollywood Studios Rope Drop

Rise Of The Resistance is the most popular attraction in all of Walt Disney World and for good reason. With that being said, it will alter your entire day if you are trying to ride as there is no stand by line and guests must join a virtual boarding group when they enter the park. This used to cause you to wait near the main entrance of the park until the scheduled opening to grab a boarding group on your cell phone.

There are a few downsides to this but the most obvious is these boarding groups fill up in just a few seconds. The good news is you can try a second time at 2:00 PM if you miss out on the morning boarding groups. The second downside is this won’t allow you to line up for rope drop near Mickey and Minnie’s Runaway Railway or Slinky Dog Dash.

Is Rise Of The Resistance worth it? Yes!..Does the system virtual boarding group system need some work? Also yes!

UPDATE January 2021: Guests no longer have to be at Hollywood Studios in order to join a Star Wars Rise of the Resistance Boarding Group. This will be a huge advantage to guests who are only looking to visit Star Wars Galaxy’s Edge. However we still feel like taking advantage of Hollywood Studios Rope Drop will allow guests to wait in a shorter line for the other ride Smugglers Run. 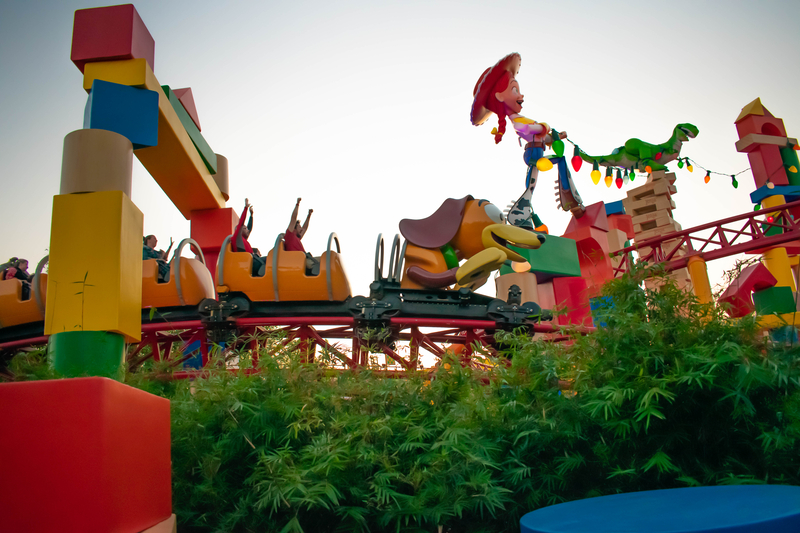 So which rides should you go on if you’re not planing to visit Galaxy’s Edge? Well in our opinion there are only two rides you should consider if you’re trying to save time later in the day and they are Mickey and Minnie’s Runaway Railway or Slinky Dog Dash. These are two of the newest attractions at Hollywood studios and tend to have two of the longest wait times if you try to visit during the middle of the day.

We would recommend riding Mickey and Minnie’s Runaway Railway as it’s the newer of the two and continues to bring in a bigger crowd. The great news is once Disney brings Fastpass+ back, you can plan around the long wait times and grab a reservation for at least one of these while saving the other for rope drop.

Other Good Attractions for Rope Drop

Other good attractions to consider for rope drop are Millennium Falcon Smugglers Run, Tower of Terror, and Rock ‘n’ Roller Coaster. If you don’t visit these first we strongly recommend picking one of these as your second attraction of the day to avoid longer lines later on.

Either way you’ll want to know which rides you have your heart set on and in what order because you will be asked to line up once you enter the park.

Guests will go straight down the main street they are on once they enter Hollywood Studios, right until they see the front of the ride.

Guests will walk to the entrance of Star Wars Galaxy’s Edge.

Guests will walk to the entrance of Toy Story Land.

Guests will walk to Sunset Boulevard.

Where Should I head Second for Rope Drop? 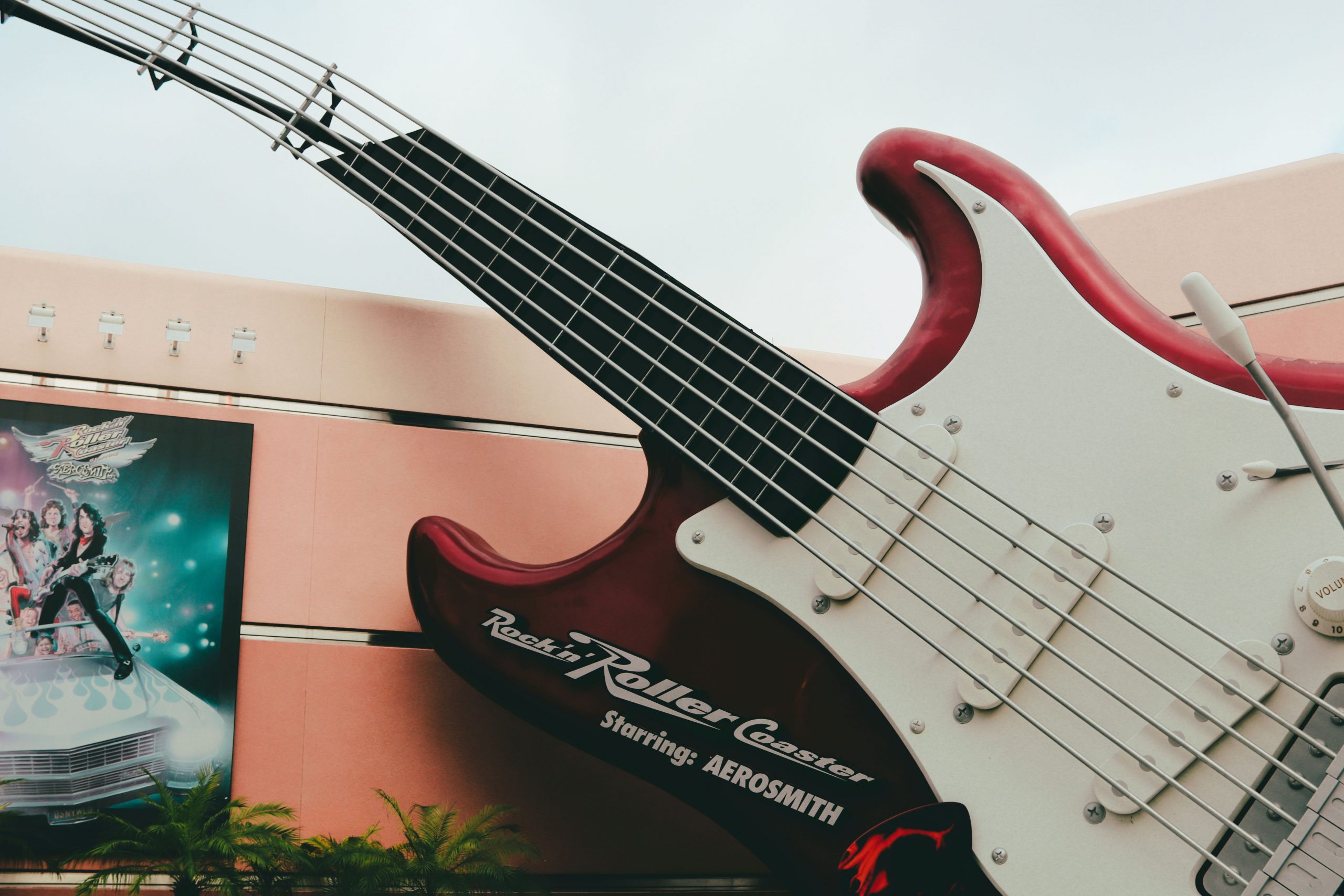 This is another great question we receive and the simple answer is pick any of the rides we discussed before Mickey’s and Minnie’s Runaway Railway, Slinky Dog Dash, Millennium Falcon Smugglers Run, Tower of Terror, and Rock ‘n’ Roller Coaster.

You will also want to consider the section of the park you’re in. For instance Slinky Dog Dash is located towards the back end of Galaxy’s Edge and you might save time by going over to Millennium Falcon Smugglers Run. While the Tower of Terror and Rock ‘n’ Roller Coaster are located right next to each other. Mickey’s and Minnie’s Runaway Railway is ideally located in the middle of the park.

Is Rope Drop at Hollywood Studios Worth it?

This is another question that has come up a lot with the recent addition of Star Wars Rise of the Resistance. The reason being is there are just so many more people looking to visit Hollywood Studios these days. We would still suggest taking advantage of Rope drop if you are only planning on visiting Hollywood Studios for one day. Getting a chance to ride one of the major attractions above before the park even opens will be a major time saver later on in the day.

Are you planning a trip to Hollywood Studios? Be sure to speak with a Disney World Travel Agent for the most recent deals and promotions. The Park Prodigy will provide a Free Quote for all Disney World Vacation Packages.

Are you planning on visiting Star Wars Galaxy’s Edge? Or have you visited in the past? Would you like to share your experiences and tips? Do you have any questions for The Park Prodigy? Hearing your feedback and helping with your questions is not only our goal but will help other readers! Please leave your thoughts and questions in the comments!