Which Month will you travel?

How Does Our Universal Studios Crowd Calendar Work? Let’s dig in ▼

How Many Days Will You Visit?

What is the Universal Studios FL crowd calendar?

The Park Prodigy'sUniversal Studios Florida crowd calendar is the best tool to see how busy each theme park will be during a specific month, week, and day. It’s the perfect resource for families to rely on as they begin to plan their 2023 and 2024 vacation Universal Studios Orlando.

Crowd levels, ticket prices, park hours and historical weather. We also have special events and festivals happening around the parks!

Use our Crowd Calendar for Universal Orlando for Planning

Plan which park (or parks) to visit on each day during your Orlando vacation. We provide park recommendations based on wait time data and park hours.

If avoiding large crowds is most important to your family, use our “Save Time” button. First pick the month of your Orlando vacation and how many days you plan to stay. Our Crowd Calendar will then pick the least crowded days to visit!

How to Purchase Discounted Universal Tickets?

If saving money is most important to your family use our “Save Money” button. First pick the month of your Orlando vacation, and how many days you plan to stay. Our Universal Orlando busy Calendar will then pick the cheapest Disney tickets and discounted Universal tickets!

Recommended Park on This Day 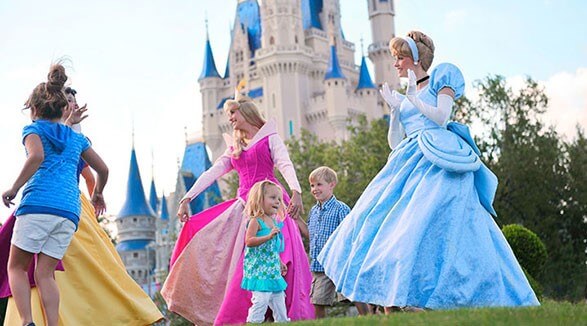 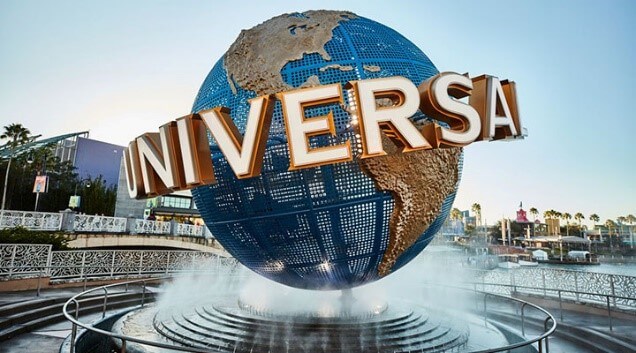 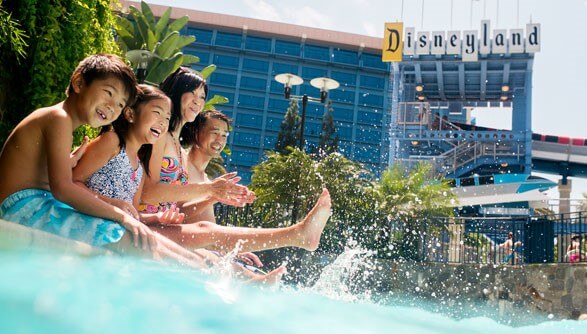 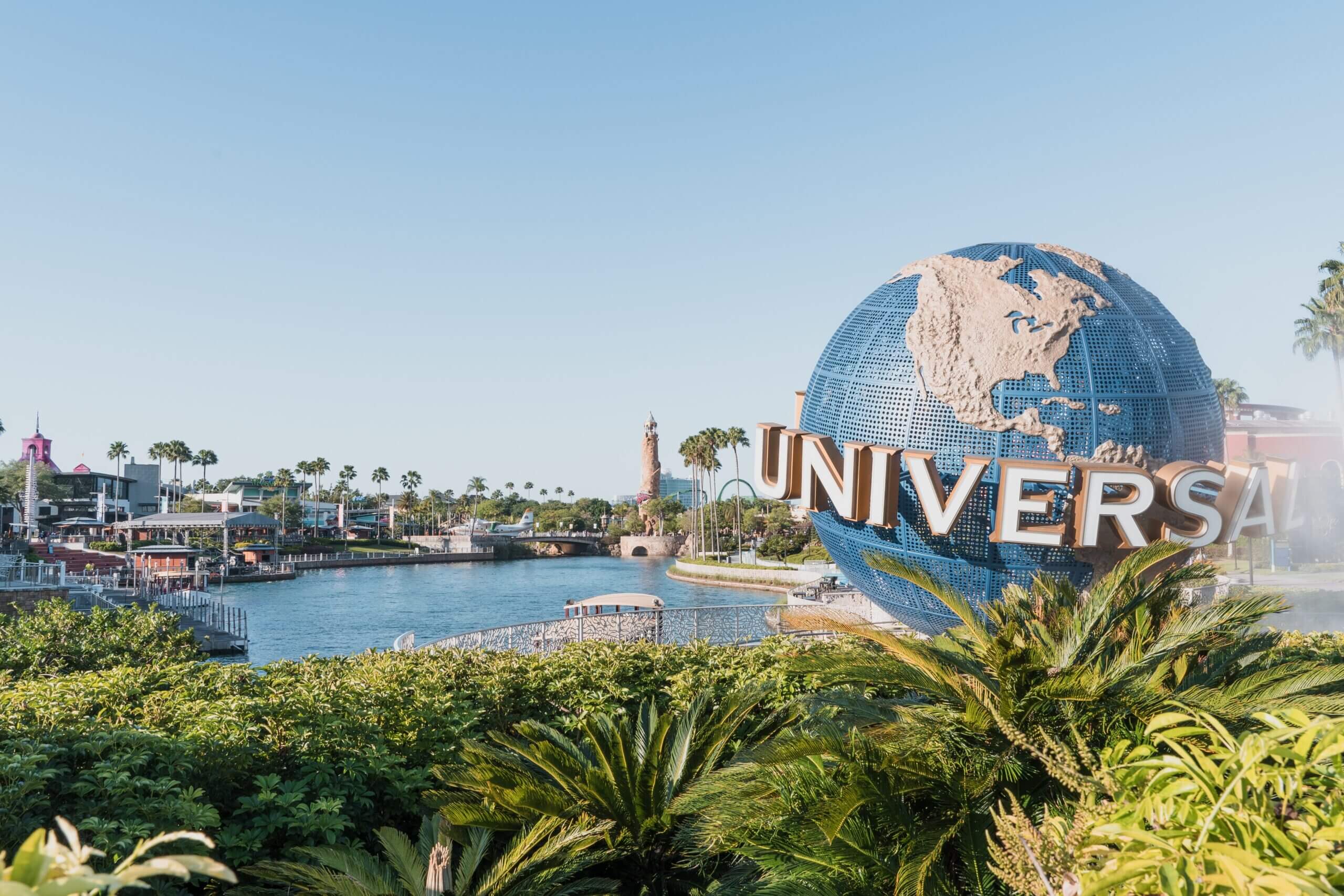 Universal Orlando is a top destination for thrill seekers as well as die-hard Harry Potter fans. Like our Disney crowd calendar, you can use our 2023 Universal Studios crowd calendar to track theme park attendance and avoid the busy days at Universal. Our Universal Crowd Calendar 2023 is best used to simply avoid the busy days at the park, and visit during the slower times of year instead. We update our Universal Orlando Crowd Calendar using the latest park events, national holidays, universities & k-12 school years plus our own personal wait time data and vacation planning experience. Our updated Universal crowd calendar predicts theme park attendance one year in advance and is updated frequently to also include special events throughout the year and of course early park admission which is one of our favorite benefits to get the most out of your time in the theme parks.

We have found the best days to visit Universal Orlando depend on a few factors, including crowds, weather, park hours, and park ticket prices. So that’s exactly what we have included in our 2023 Universal Orlando crowd calendar! It’s essential to keep in mind that Walt Disney World will be celebrating its 50th anniversary through March of 2023 and we are sure to see an increase in crowds at both Disney and Universal.

How Our Universal Crowd Calendar is Organized

The Park Prodigy crowd calendar for Universal tracks the average temperature range for each day of the calendar year. This will allow you to know exactly what to expect and pack accordingly!

It doesn’t matter if you’re visiting Universal Studios Florida or Islands of Adventure, we have found park hours can be confusing. Especially with the recent additions of so many special event tickets, which allow guests into the park earlier or later than other guests.

Our 2023 Crowd Calendar for Universal Studios includes the daily openings and closings for all Orlando theme parks.

To make it easier when planning your trip, our Universal Studios Orlando Crowd Calendar 2023 includes expected park hours of operation. It’s important to note Universal can and does change its park hours after initially publishing hours on its website. As we will always work our hardest to keep this information as accurate as possible, the policies and procedures of other companies may change. As such, we cannot make any warranties regarding the accuracy of the above-posted information.

We always recommend contacting guest services a day or two before you visit to confirm park hours. 407-630-8650 or we have also found that the Universal Orlando app is the most accurate especially as you get closer to your trip.

To make it as easy as possible when planning your next vacation we have included the dates and parks participating in Early Park Admission on our 2023 Universal Orlando crowd calendar!

Universal hosts some of our favorite special events throughout the year. These events range from Halloween Horror Nights, concerts, holiday parties, and city walk parties. We make sure to include all special events on our Universal Studios Crowd Calendar.

How Our Universal Crowd Calendar Can Help You Save Money?

Very simply, our Universal Orlando Crowd Calendar will help you pick the slowest time of the month and year to visit Universal Studios. The parks are aware of the crowd trends and generally price their tickets and hotel accommodations accordingly. You might also find that visiting during one of the slowest periods in September or early January will allow you to skip purchasing Universal Express Passes. This can be true for regular park tickets and special events like Halloween Horror nights which tend to sell out on their most popular nights.

Unlike years passed, Universal Orlando has released their vacation package prices for 2023 early as many people have pushed their trips to next year. Not only that, but Universal Orlando ticket prices will now fluctuate based on the day you plan to visit the theme parks. Just like Disney tickets, this will help us as we track and anticipate crowds on our Universal Orlando Crowd Calendar.

Q: What day of the week is least crowded at Universal Orlando?

Q: Is Universal as crowded as Disney?

A: Disney usually does see higher crowds than Universal, but mostly because their parks are larger. Universal Orlando Resort theme parks can see very high crowd numbers and is not far off of the Disney crowds we’ve seen recently.