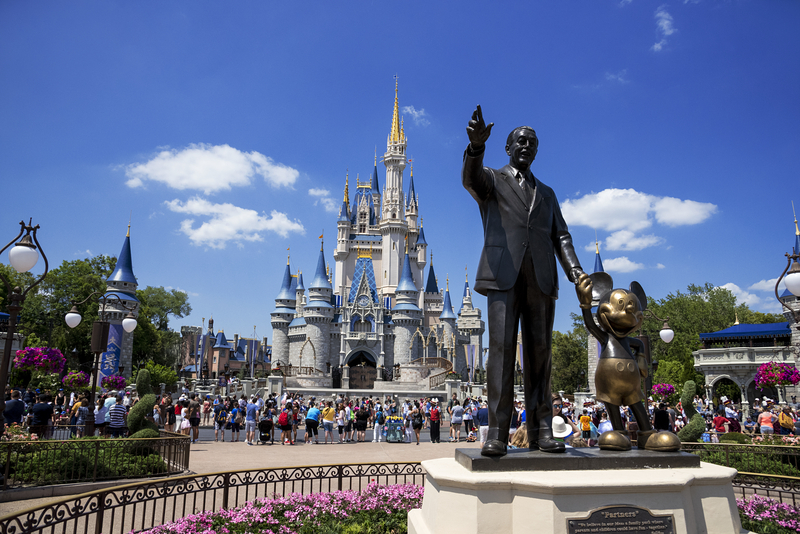 One of the questions we get asked the most at The Park Prodigy is, “What are the best days to go to Disney World?“. There is so much to see and do in Walt Disney World the truth is you probably need more than one week to see it all. In our opinion, you shouldn’t try to either. The whole point of a Disney vacation is to have fun, relax, and spend quality time as a family!

With that being said, there are certain factors that can help you pick the best day of the week to visit each Disney World theme park. And that’s where The Park Prodigy crew comes in. Because the good news is with some great planning you can still see everything on your must do list with plenty of time left over for Mickey ice cream bars by the pool. Our goal at The Park Prodigy has always been to help you save time and money on your next vacation. This includes helping you find the best time to buy Disney World tickets as well as book amazing Walt Disney World vacation packages!

So if you’re ready to learn about the best days to go to Disney World read on!

SPECIAL NOTE: If you need help picking the best time to visit Disney World for your next vacation be sure to check out our Disney crowd calendar below! 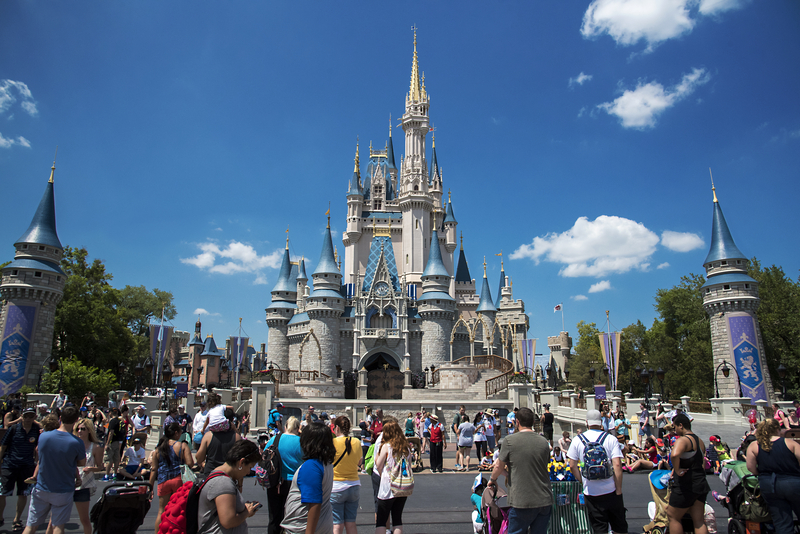 If you prefer to us a free tool to plan your Disney vacation be sure to check out our Disney Crowd Calendar. We break down estimated crowds based on month, week and day. We even easily outline exactly which parks we recommend to visit on each day, including average temperatures and daily ticket prices.

Sometimes I find it easier to back into an answer, and that’s why I have decided to cover the busiest times at Disney first. There are many factors that determine which Disney World theme park is just busier than the others during any given day.

Below is a quick overview of peak periods and the busiest days at Disney World: 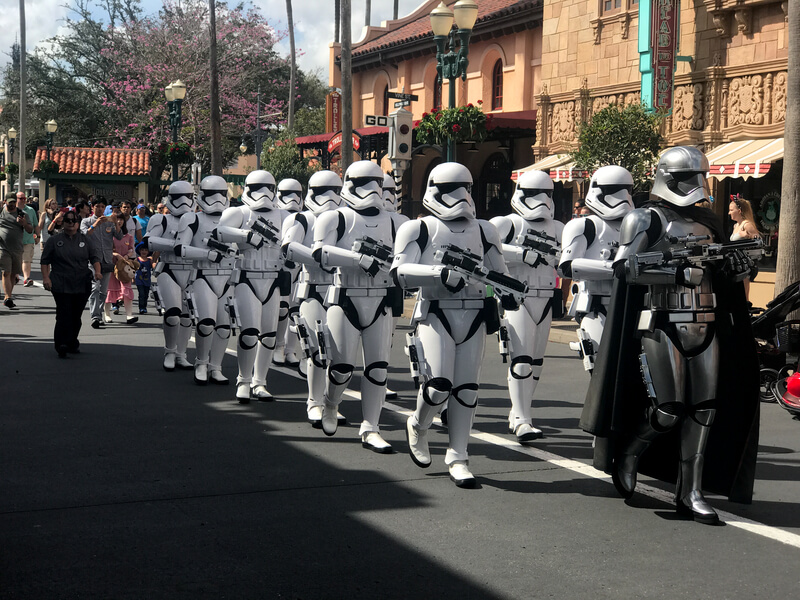 When trying to figure out the best days to visit Disney World we typically recommend using these tips below for avoiding large crowds:

Arrive Early For The New Extra Magic Half Hour

One of the easiest ways to make sure you get the most out of your day no matter which Disney park you plan to visit is to arrive early and stay late when possible! This will also allow you to take an afternoon break at your hotel if need be. Disney recently made changes to the extra magic hour program, switching it to an extra magic half hour at every Disney World park for resort guests. We’re huge fans of this as we felt morning extra magic hours always created some of the busiest days at Disney World. We feel like crowds will be a little bit more spread out as you won’t have everyone heading to the same park on the same morning.

So one of the easiest ways to take advantage of your time in Disney is to arrive early in the morning and get in a half hour before other park guests. This will also take some of the pressure off of making sure you picked the best Disney park for that day! It’s important to note that this new early entry can also be a huge help for guests who plan to park hop as you will want to get the most out of your day.

Be sure to check back with us as we continue to update the best days to visit each Disney World theme park!

Avoid the Weekends When Possible

Weekend foot traffic at Walt Disney World can be unpredictable. Walt Disney World is home to so many festivals throughout the year such as EPCOT Flower and and Garden, Festival of the Arts, and the Food and Wine Festival that more locals are visiting now than ever before. The best way to plan around these crowds is to plan your full days at the parks on weekdays. The middle of the week generally tends to have the best days to visit Disney parks.

This might seem like it’s obvious but Holidays tend to attract the largest crowds at Walt Disney World. In many cases such as Fourth of July and Christmas the parks will reach capacity. You can still plan a great family trip around holidays such as Labor day, memorial day, and Halloween however we still recommend following the tips outlined above.

One of the easiest ways to figure out the best day of the week to go to Disney World is to look at ticket prices during your visit. One of the ways Disney tries to entice people to visit during slower periods is with cheaper prices. We typically see the cheapest Walt Disney World tickets during weekdays in September.

Be sure to check out our Walt Disney World Ticket page if you need help purchasing discounted tickets. 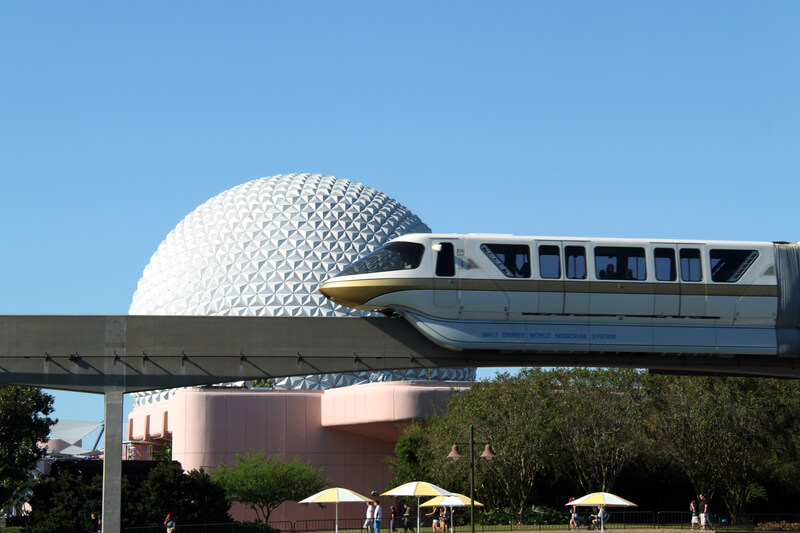 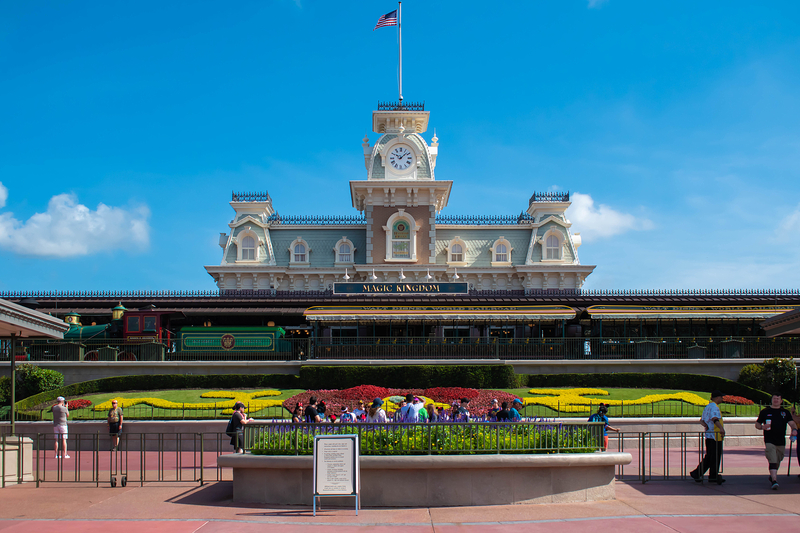 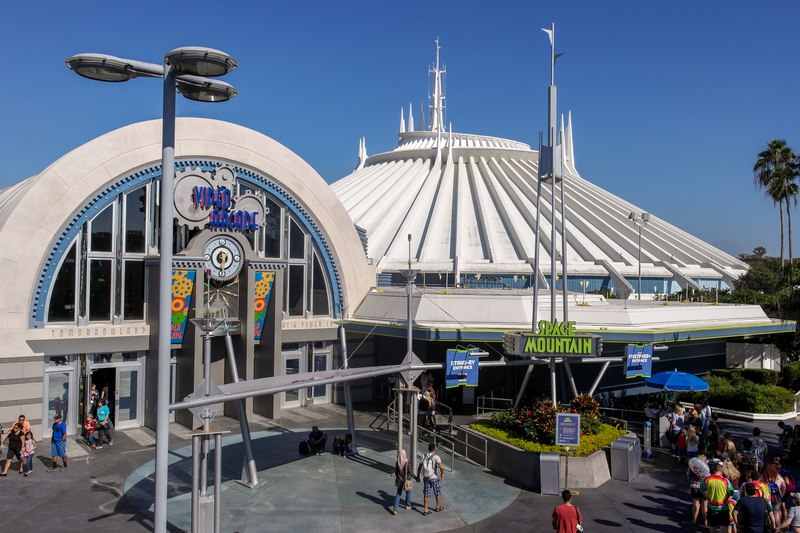 The Magic Kingdom park also holds a special place in my heart as one of my very first jobs was selling tickets at the front gate. I was able to see first hand the patterns of crowds visiting all four Disney theme parks, and I have been tracking wait time data ever since.

The busiest day at The Magic Kingdom tends to always be Monday. This is because many families plan a week long vacation to Disney World, and typically receive the best deals by traveling Sunday or Monday. As you can guess almost everyone loves to start their vacation at the Magic Kingdom resulting in large Monday crowds.

We also find Wednesday and Friday to be some of the busiest days the Magic Kingdom. It’s also important to note that The Magic Kingdom is the most popular Disney theme park during the holidays, specifically Thanksgiving, Christmas, and the Fourth of July.

Best Day of the Week to Visit Magic Kingdom

As you can guess if Monday is the busiest, Tuesday tends to be the best day of the week to go to Magic Kingdom. We also find Thursday to be one of the least busy days of the week at Magic Kingdom, with Sunday being a great weekend option.

Best Day of the Week to go to EPCOT 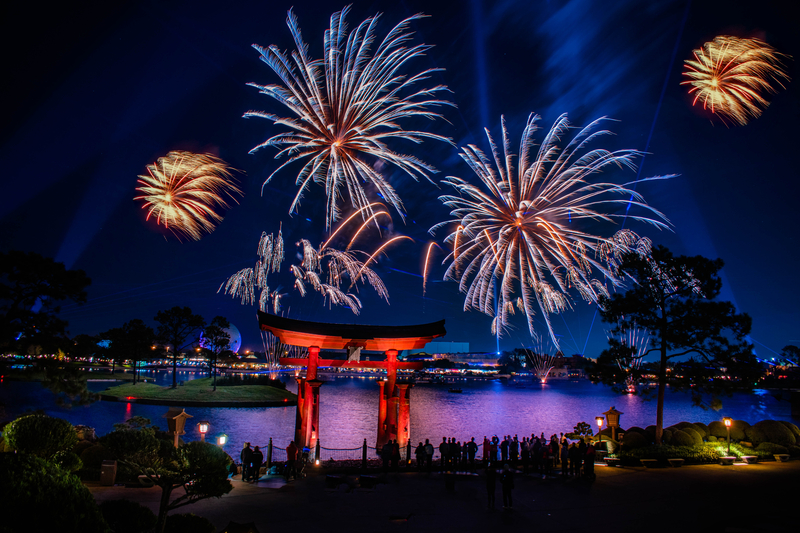 EPCOT is the largest of the four Disney theme parks and tends to hold crowds better than the others. There are still certain ways to avoid large crowds especially during the festival seasons.

EPCOT typically attracts it’s largest crowds on Tuesday and Thursday as that is when Disney hosts extra magic hour. We would also suggest avoiding EPCOT on Saturday and Sundays during Festival of the Arts, Flower and Garden, and Food and Wine season.

Best Day to go to EPCOT 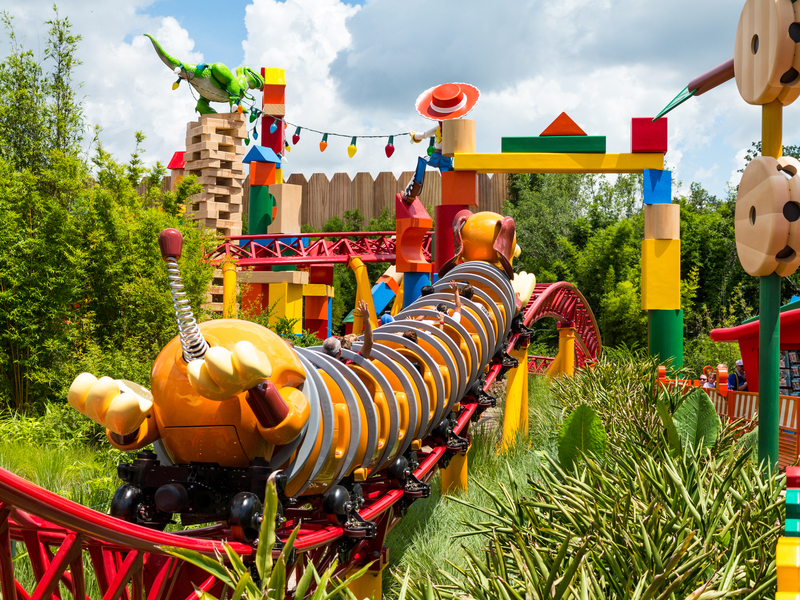 Hollywood Studios has become one of most unpredictable parks in terms of crowds with the recent opening of Star War’s Galaxy’s Edge. On the bright side the park does have extended hours and wait times on attractions like the Hollywood Tower Hotel and Rock n Roller Coaster have been down.

We typically recommend staying away from Hollywood Studios on Fridays and Sundays as that is when Disney holds their extra magic hours. Weekend foot traffic in general has been up since the opening of Star Wars. 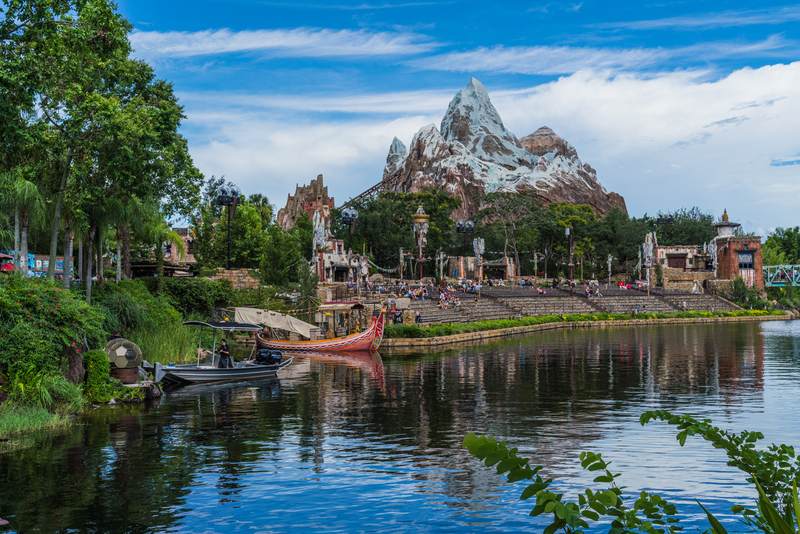 Animal Kingdom is another park that has seen larger crowds in recent years with the addition of Pandor-The World of Avatar and extended nighttime hours. Just like Hollywood Studios we have seen wait times drop for some of the older attractions like Expedition Everest and Dinosaur.

You’ll want to avoid Saturdays and Mondays at Animal Kingdom as this is when Disney hosts extra magic hour at the park.

Even if you didn’t book your trip through the Park Prodigy let us know how we can help you plan the perfect Disney itinerary. It’s important to note the suggestions above are meant only to provide guidance and are based off of my experience as a vacation planner.

Also, the truth is there is never really a bad day to visit a Disney World theme park. As they say, “a rainy day in Disney is better than a day in the office”. So don’t stress out if you can’t visit exactly as outlined above. The most important thing is to enjoy spending time with the people you love in the Most Magical Place on Earth.

Best Days to go to Disney Questions and Answers

When is Magic Kingdom least crowded?

Tuesday tends to be the best day of the week to go to the Magic Kingdom.

What is the busiest day at magic kingdom?

The busiest day at The Magic Kingdom tends to always be Monday. This is because many families plan a week long vacation to Disney World, and typically receive the best deals by traveling Sunday or Monday. As you can guess almost everyone loves to start their vacation at the Magic Kingdom resulting in large Monday crowds.

What are the least busiest days at Disney world?

Typically the weekdays Tuesday, Wednesday, and Thursday are the least busiest days at Disney World. 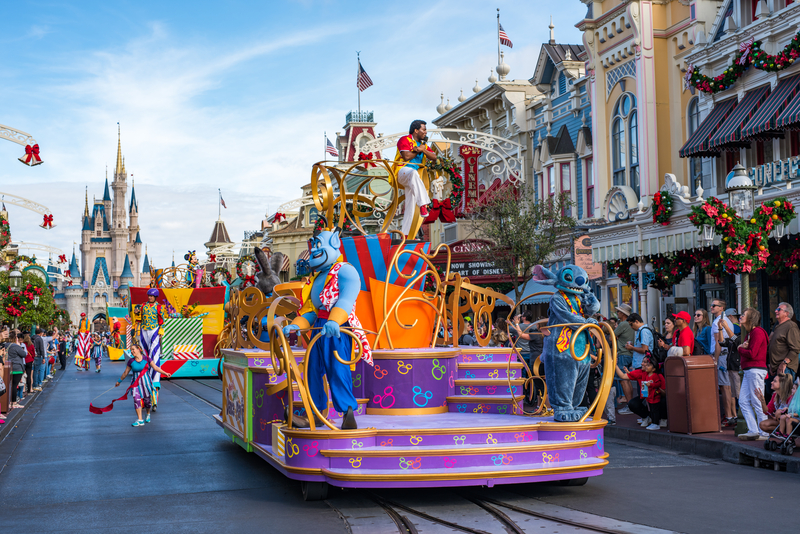 Are you planning on visiting Walt Disney World? Or have you visited in the past? Would you like to share your experiences and tips? Do you have any questions for The Park Prodigy? Hearing your feedback and helping with your questions is not only our goal but will help other readers! Please leave your thoughts and questions in the comments!