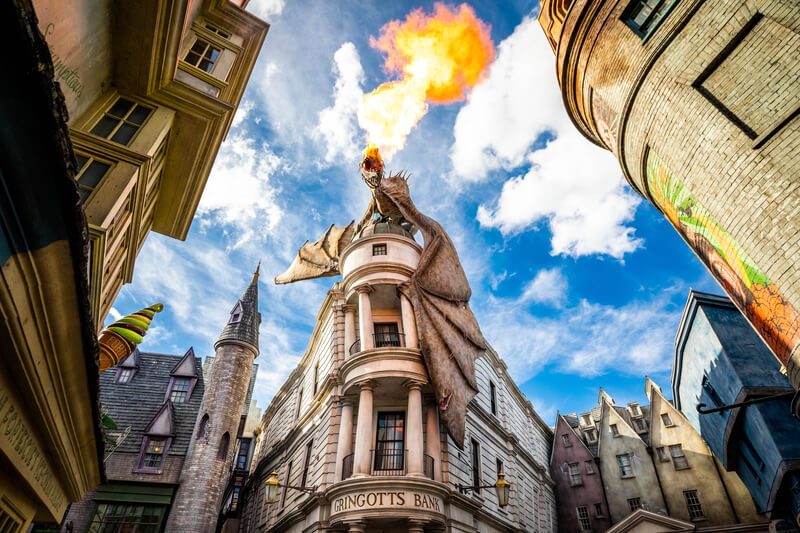 This article is your complete guide to using the 2022 Universal virtual line. Over the last two years, we have seen many changes come to theme parks across the globe. Parks like Universal Orlando and Disney have shifted toward a more virtual, mobile-phone centered experience. That includes the use of virtual lines.

Virtual lines at Universal Orlando have been around for quite some time now, and we can only see them expanding more lines to be virtual. If you plan on visiting Universal Orlando Resort anytime soon, this is a process that you will need to be familiar with! Especially when riding extremely popular attractions like Hagrid’s Magical Creatures Motorbike Adventure might depend on it.

So if you are ready to learn all about Universal virtual lines, read on!

What is the Virtual Line at Universal Studios? 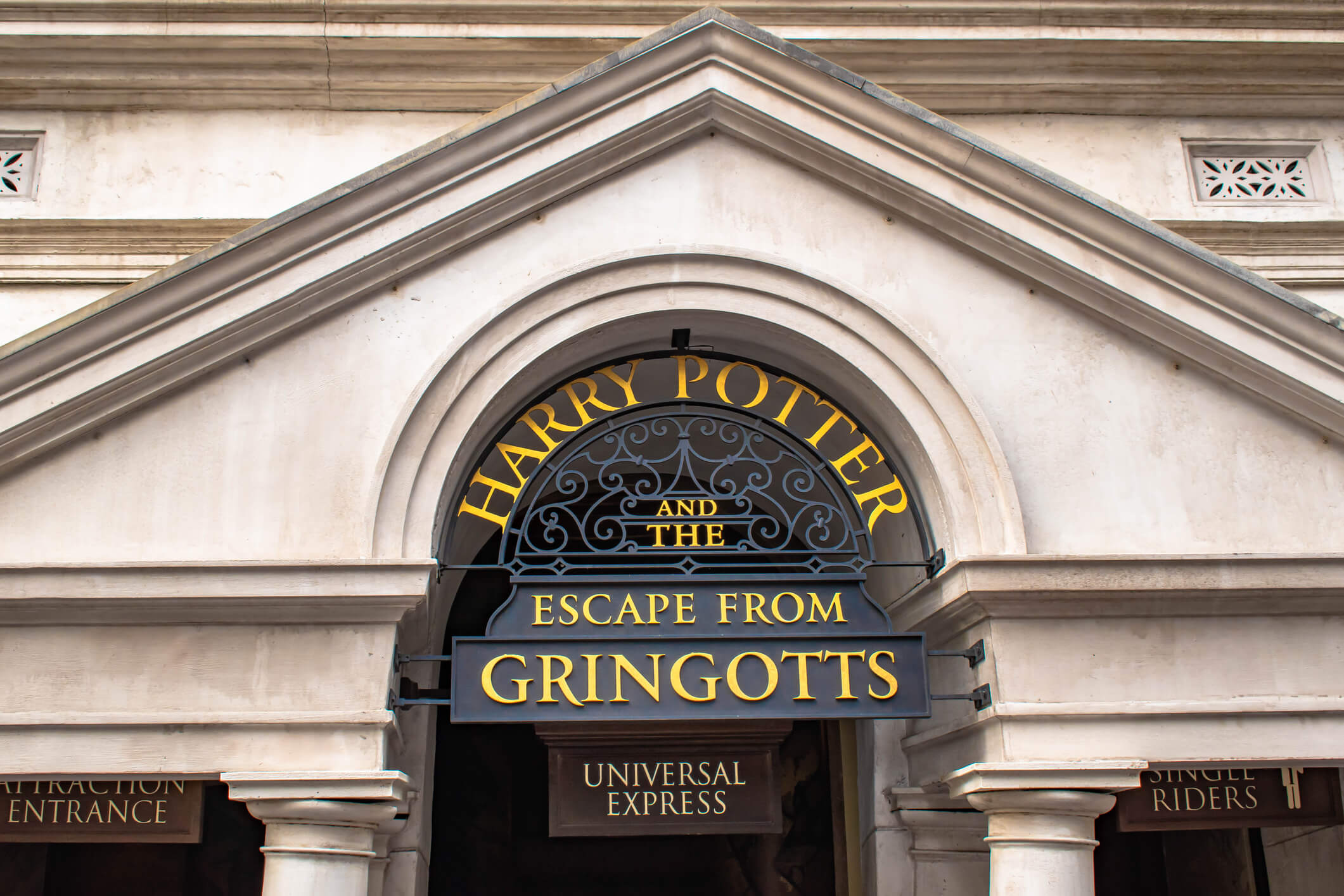 So, what is the virtual line pass at Universal? Universal Orlando Resort has been using the Virtual Line system for quite some time now, but has changed significantly over the years. The Universal Virtual Queue (queue and line are interchangeable!) was designed to allow guests to reserve their spot in line, allowing for a shorter time waiting in an actual line. This is different from the Universal Express Pass, which is a paid feature that allows you to skip the line.

The virtual line at Universal is a completely free feature to use, you just have to make sure that you have the Universal app downloaded on your phone to participate. The virtual line system works at both Universal parks, Islands of Adventure and Universal Studios Florida, and can be very helpful to those looking to cut down wait times. This is especially true when you combine this feature with our Harry Potter World early park admission tickets!

How Does the Virtual Line Work at Universal?

So, we now know what is the virtual line at Universal, but how does it work? This section is important, because there are some things unique to Universal Orlando Resort when it comes to virtual lines.

The Universal virtual lines even change throughout the day, and certain rides can start off as normal stand-by lines and switch midday. The most important thing to know about virtual queue Universal is that it is all based off of popularity. If a Universal ride is in high demand, team members may choose to switch a line to virtual instead of stand-by.

You have to be diligent when checking the Universal app or looking for the virtual queue signs posted around the park to see what will be available. But when it is available, it is a very simple concept. A virtual line is meant to hold your place in line, so you can enjoy other elements of the theme parks without physically “waiting in line” for that attraction. As discussed above a great way to hedge your bet when trying to get on some of the most popular rides is to always show up for EARLY PARK ADMISSION at Universal!

What Rides have Virtual Line at Universal Orlando? 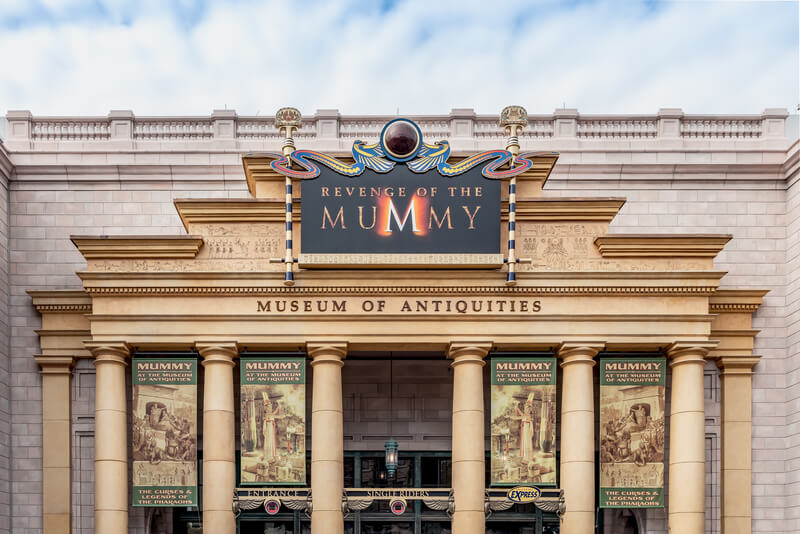 Another important tip to know about Universal Studios virtual lines is that, not all rides have them!  More accurately, very few of them do, and some days, there are no virtual lines available at all. With that being said, there are some specific Universal Orlando rides that utilize the virtual line more frequently.

So now, which universal rides have virtual lines? We are going to break them down below by park however the rides with virtual lines at Universal Orlando are Race through New York Starring Jimmy Fallon, Revenge of the Mummy, Harry Potter and the Forbidden Journey, Despicable Me Minion Mayhem, Fast and Furious, Hagrid’s Magical Creatures Motorbike Adventure, and the VelociCoaster.

Virtual Lines at Islands of Adventure

Out of all Universal virtual line rides, we have seen the Hagrid’s Magical Motorbike Adventure has been the most popular choice for virtual lines. Typically we see an Islands of Adventure virtual line for Hagrid’s early on in the day, and then it can flip to a stand-by line later on. It is important to note that sometimes it stays a virtual line the entire day, and you can only access that attraction by using virtual lines. It’s also important to note that Hagird’s Magical Creatures Motorbike Adventure is no longer included in early park admission. So we have been recommending for all guests to make sure to ride the Velocicoaster with our Universal early park admission tickets!

Is the Virtual Line Free at Universal? 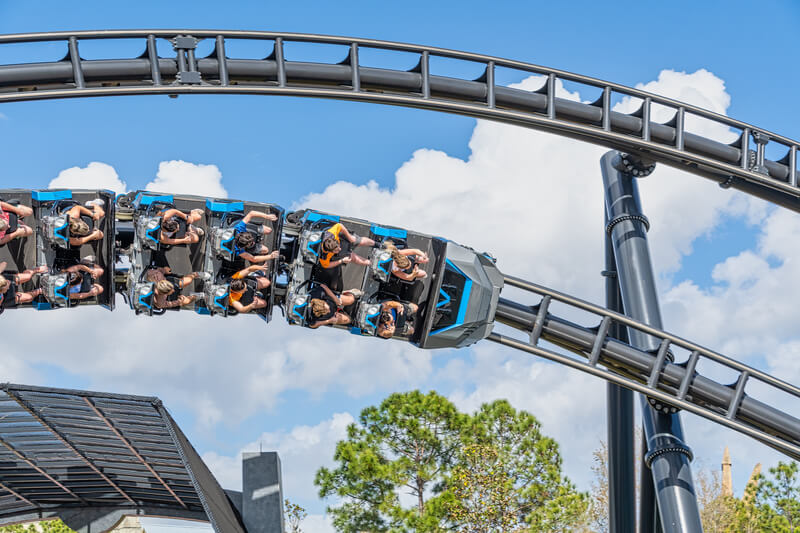 Related Page: Is the Universal Express Pass Worth It?

How Can I Book a Virtual Line at Universal? 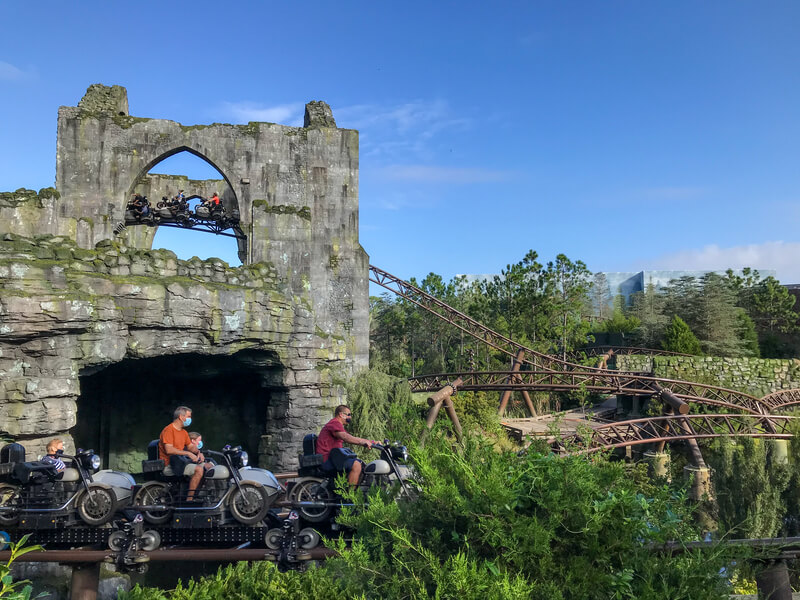 If you are wanting to ride very popular attractions, we recommend that the minute you are on Universal Orlando property, you start looking for signs of Universal Virtual Queues. You cannot do this in advance, and Universal virtual lines can only be booked day of. The Universal Orlando App will state any rides using the virtual line system, or you will see big blue sandwich board signs with QR codes to scan to begin the process.

From there, a QR code will populate which you will use as your pass for team members to scan at that attraction line to let you in.

It is important to note that we checked back on our countdown time frequently. Universal also adjusted our return time a few times, so make sure you keep a watch on it! 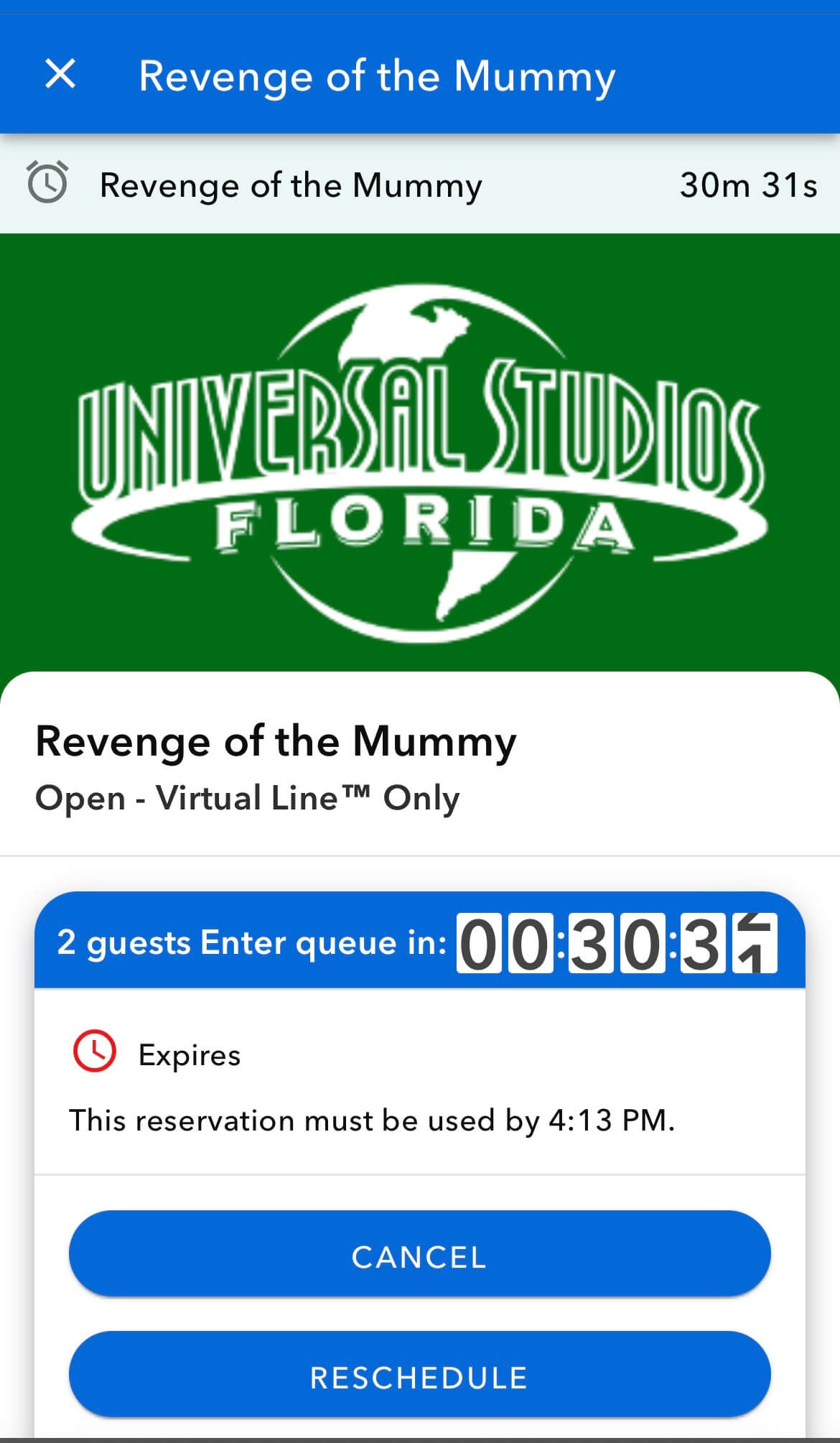 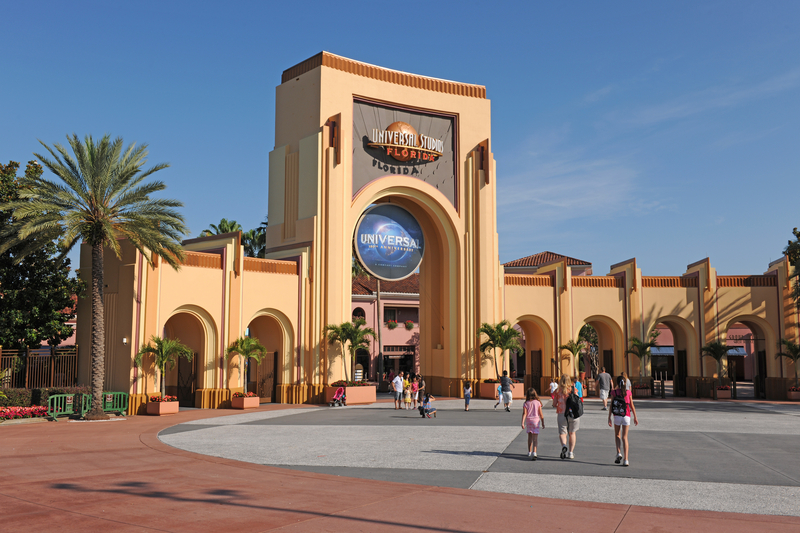 Understanding how to do virtual lines at Universal can be very confusing, and that’s why we’ve added this helpful tips and trick section to make sure you have the most epic day!

Make sure to check out our friends at Theme Park Today for great tips on how to have the best Universal vacation!