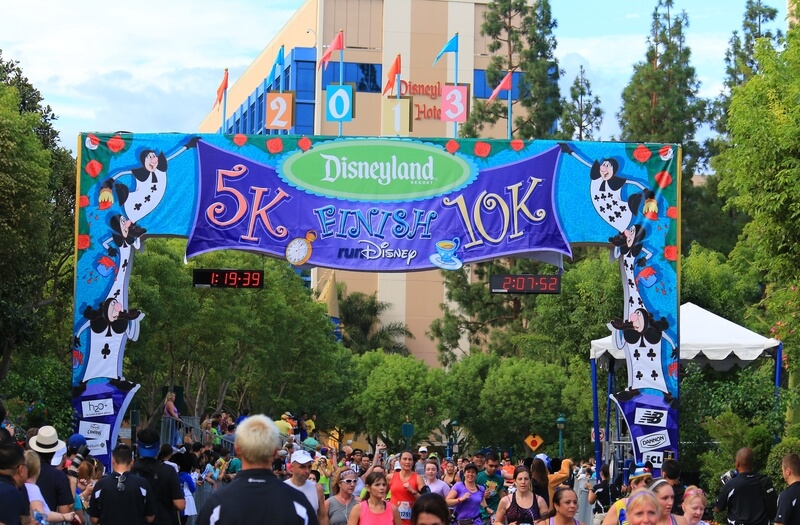 This article is your ultimate guide to 2023 RunDisney 5k races! Here at The Park Prodigy we LOVE runDisney! And we all know there’s nothing a little magic can’t help with, even when trying to achieve your fitness goals. Walt Disney World offers visitors the opportunity to run in multiple Disney races throughout the year in their runDisney division. From beginners, to professionals, to those looking to have some fun, Disney’s got you covered.

While we are looking forward to all things runDisney in 2023, we want to put the spotlight on the Disney 5k as is it one of the most popular races. We also feel like this is the perfect RunDisney race for anyone who might be looking to become more active and is trying to see what racing events are all about.

We hope you find this post helpful, and if you are planning a trip to Disney World be sure to check out our other FREE vacation planning tools. Our goal at The Park Prodigy has always been to help you save time and money on your next vacation. This includes helping you find the best time to buy Disney World tickets as well as book amazing Walt Disney World vacation packages!

SPECIAL NOTE: If you would like to see what crowd levels look like during your next RunDisney weekend be sure to check out our Disney crowd calendar! 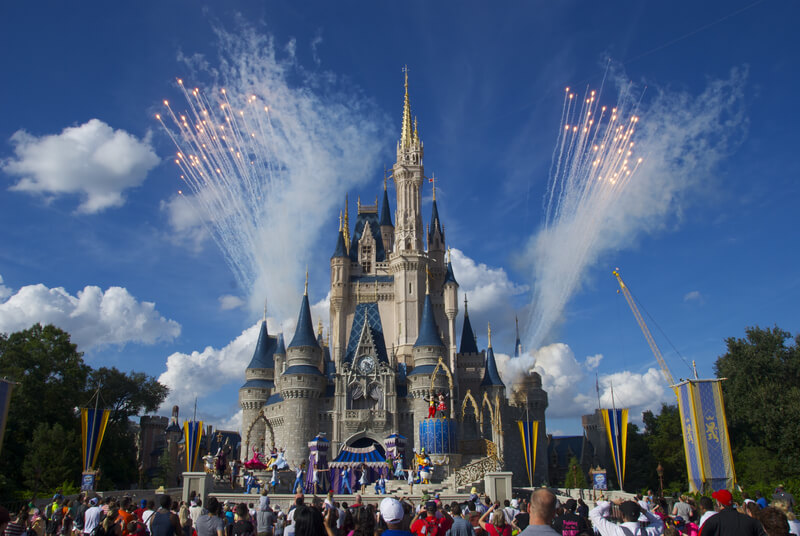 So, what is the 5k RunDisney? A runDisney 5k is a 5k race that is hosted on the grounds of Walt Disney World, or virtually at home. RunDisney is the marathon race providers of the Walt Disney Company, where runners typically race through the theme parks, looking to see their favorite characters cheering them on.

Of course, dressing up in Disney-themed gear is always a plus! RunDisney has also expanded to included virtual races which allow runners to participate in the fun from their own neighborhood or race course of their choice! There are different 5k runDisney races throughout the year, typically running at all four parks depending on what race you’re participating in.

What runDisney races have a Disney 5k race 2023?

Every single runDisney event has a 5k option, along with a 10k, half marathon and marathon challenges for guests to try out. The following races are offered every year with different theming and runDisney 5k options:

Can you walk the Disney 5k?

One of our favorite things about the runDisney 5k 2023 races is that walkers are completely welcome with some caveats. To not be disqualified from racing, adults participating have to keep a 16 minute mile minimum for pacing. That means, as long as you can walk at least one mile in 16 minutes, you are set to participate. With that being said, there is a lot to do when you’re doing a Disney 5k, so you might want to aim for a 13-14 minute mile to make sure you can stop for the restroom and meet exclusive characters!

Can I dress up for a runDisney 5k?

runDisney races are the BEST time to dress up in your favorite characters or Disney running merchandise and take some Disney run pictures of yourself to post. Many guests who run the Disney 5k races love to create their own special Disney themed running costumes to make the race truly magical.

Plus, runDisney has tons of commemorative merchandise to solidify your run. Even for the little ones, they have runDisney kids races commemorative Mickey ears. How cute will those be?!

Are there 2023 RunDisney Races for kids?

If your little one wants to get involved in a magical race, but cannot do a 5k Disney run or longer, there are options for them as well.

runDisney has curated kid-friendly events such as the 100-Meter Dash, the 200-Meter Dash, the One Mile Run, or the Diaper Dash. Kids will have a blast at these events with a pre-race warm up dance party to running along with their favorite characters cheering them on! The runDisney events are family and kid friendly and bound to be a memorable experience on Walt Disney World property.

Are you looking for an extreme challenge to cross off your Disney bucket list? Experienced runners can sign up to participate in this extreme runDisney Dopey Challenge. So what is the Dopey Challenge?  It occurs during the Walt Disney World Marathon Weekend and consists of running four morning races including the 5k, 10k, Half-Marathon, and a Marathon on four consecutive mornings. The total milage for the challenge is 48.6-miles!

What does the Dopey Challenge cost?

Be sure to checkout our complete guide to RunDisney page for additional information!

Are there Virtual Disney Races 2023? 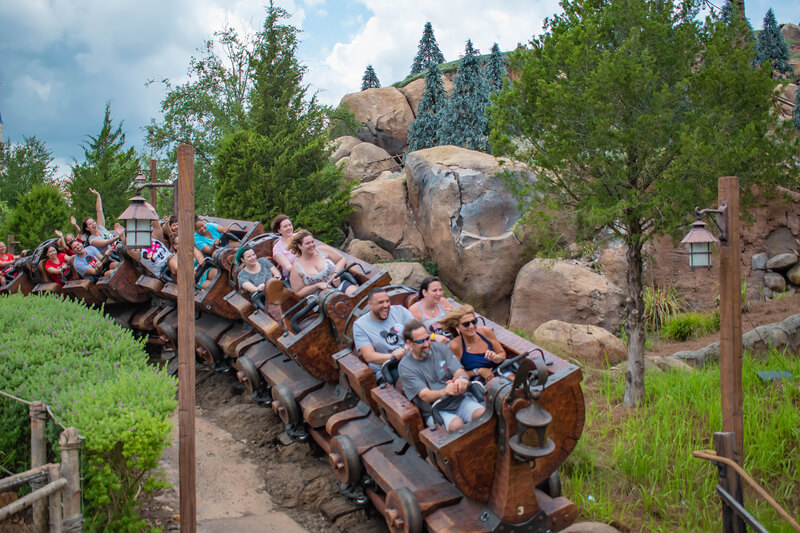 One of the bright spots to come out of the past few years is the popularity of Disney virtual runs. The concept is, instead of running through the parks, you’ll be running your own Disney 5k route around your hometown (which beneficially cuts down travel costs).

Runners can enjoy some of the same amazing medals that you can expect if you attended a race in the park and it can be a great stepping stone to your first event. As of 2022, Disney has now dedicated whole weekends to Disney Virtual Races, on top of allowing guests to register virtually for the normal scheduled races.

What are the 2023 run Disney virtual races?

When it comes to runDisney virtual races, a lot of what you do is based off of the honor system. While you still have to pay the fees to do your virtual runDisney registration, you will not have to record yourself or prove that you’ve done the race. Instead, when you finish your race the day of, you can log on to your runDisney account to download your certificate for finishing the race.

Once the event has concluded, all runDisney virtual participants medals are sent out in the mail to whatever address you provided during your registration.

Most of the Walt Disney World races have different prices throughout the years, so unfortunately, you cannot expect them all to be consistent.

Here are the prices for the 2023 Disney Virtual 5K Races:

When is the Next Disney 5k? 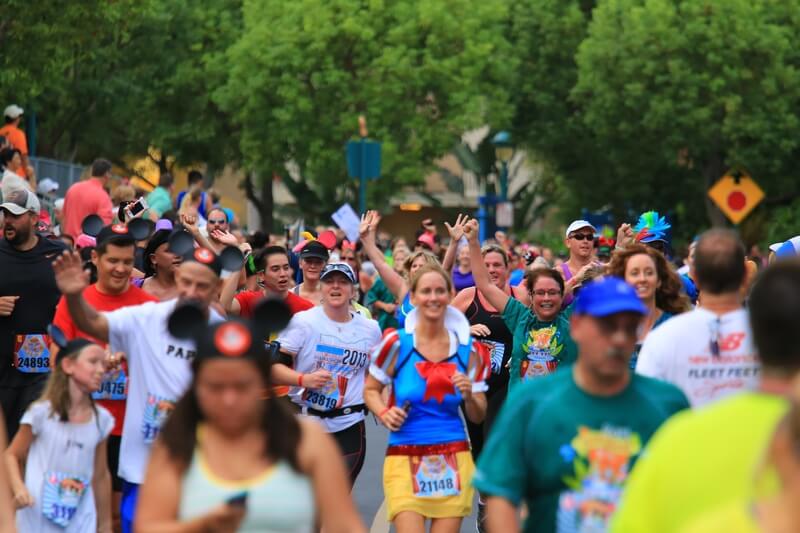 We are so excited for the 30th anniversary of runDisney races, where Walt Disney World is pulling out all of the stops and bringing a totally awesome retro theme!

Dates for the Wine and Dine Half Marathon have not been announced yet. These dates are anticipated based on previous years.

To see full details about runDisney events, check out the runDisney website!

Registration can be found on the runDisney website. In order to register, you must use a runDisney sign in using your Disney account. If you want to get notice on future runDisney events, you can sign up for their emails.

The popularity of the runDisney events have caused runDisney registration to sometimes be a difficult process as the races sell out quickly. Below are tips to help you with runDisney 2023 registration. 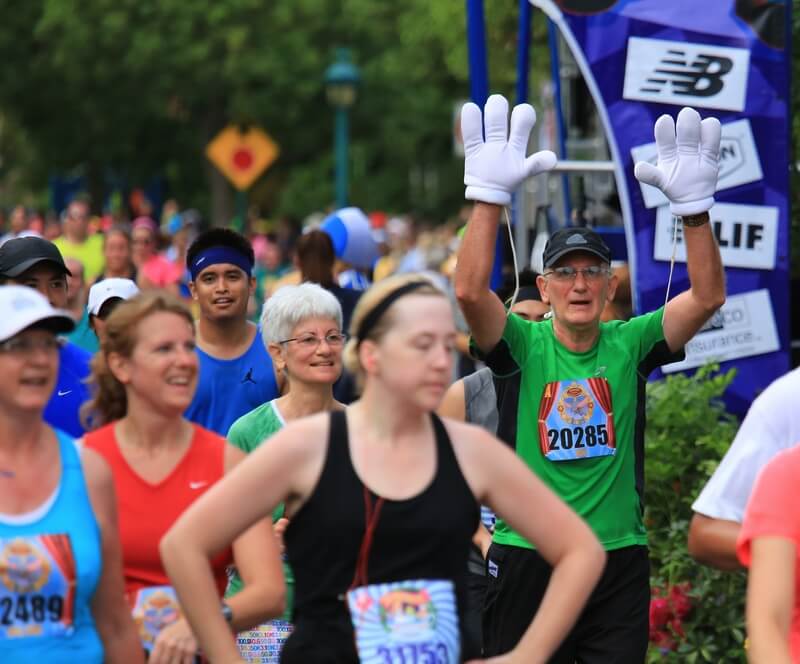 How much are the runDisney 5k races?

Special note: runDisney has not announced the prices and dates for the 2023 Wine and Dine at this time. Below are the prices from the previous year.

If you were in person at Disney World, most Disney run times would start at 5:30 AM. Runners would have to arrive to the starting area at least one hour prior to the start. However, now that you’re running from the comfort of your own home, you can make your Disney 5k start time at any time within the date range they give you (good news for the non-early birds).

Is there 2023 RunDisney 5K Transportation to Races? 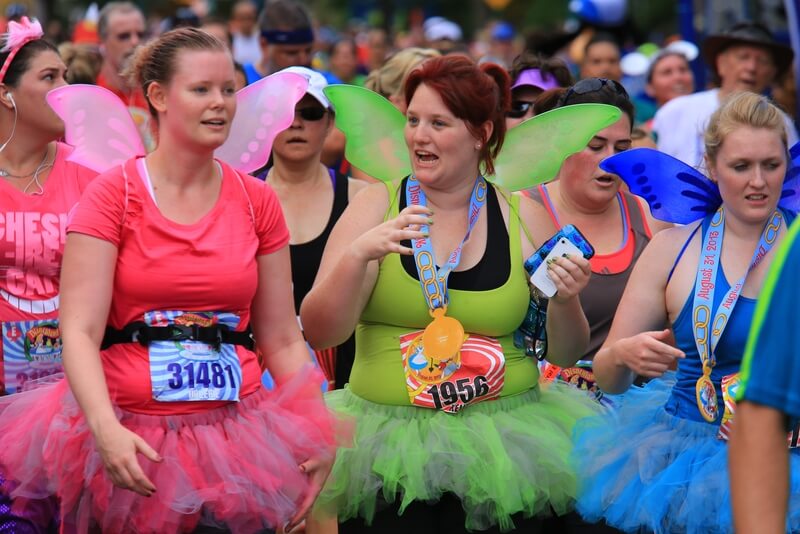 If runners are not staying at a host resort, or prefer driving themselves, they will need to arrive by car in order to park in the designated parking lots. Guests driving in for the races will start to see signage on the Walt Disney World roads to help navigate where you’re expected to park.

Q: How much is the Disney Princess 5k?

Q: Can you enter Disney free after the Disney 5k?

A: Unfortunately, there is no free entry to any Disney World park when running a runDisney 5k. Although the parks are used as running tracks, once guests are done with the races they will have to have valid tickets to enter the parks during hours.

A: While you can walk a Disney 5k, it is important that you must keep a minimum pace of your race. That is usually about 16 minutes per mile for the runDisney 5k races.

Q: Do all Disney 5k participants get a medal?

A: Yes! Every race that you register for and complete comes with a special race-specific medal for guests to take home. That is even true for the virtual 5k races, where the medals are mailed after the race has been completed.