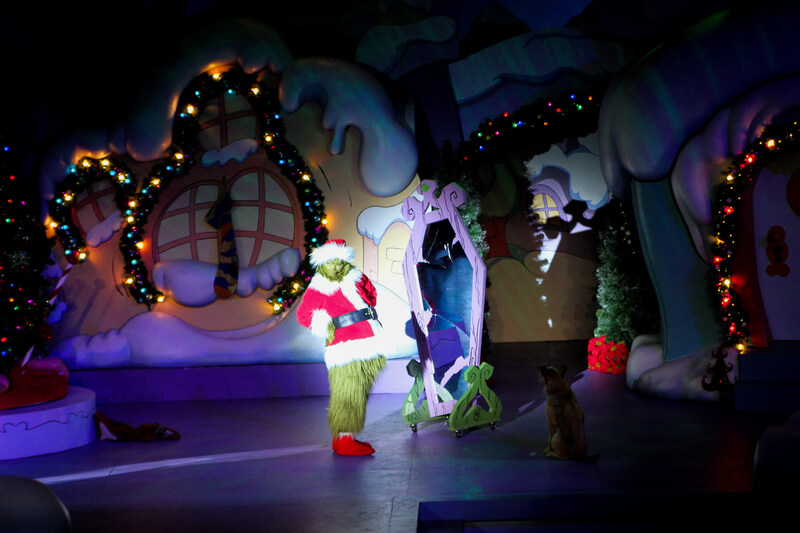 What is Grinchmas Universal Orlando? 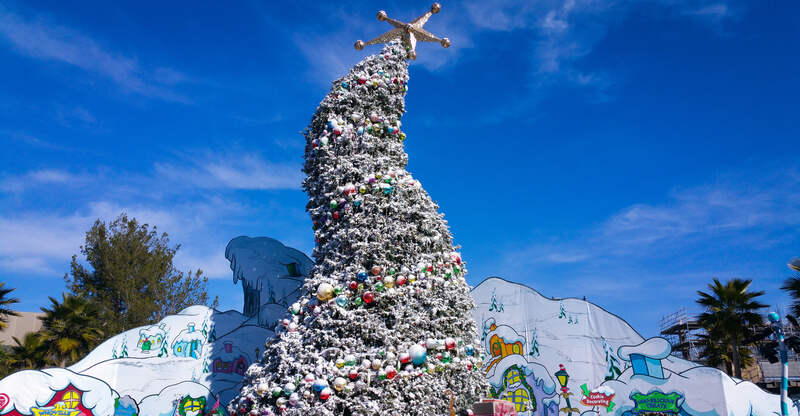 Get ready for one big Grinch Christmas party. You’ll still get all the warm fuzzy feelings of the holidays, just with “a side of sarcasm.” During the holiday season, Seuss Landing is turned into the enchanting décor of Dr. Seuss’ Whoville.  A Universal Grinchmas is sure to include music and shows in the celebration. And of course, you’ll even get to see and meet Whos and the Universal Grinch. 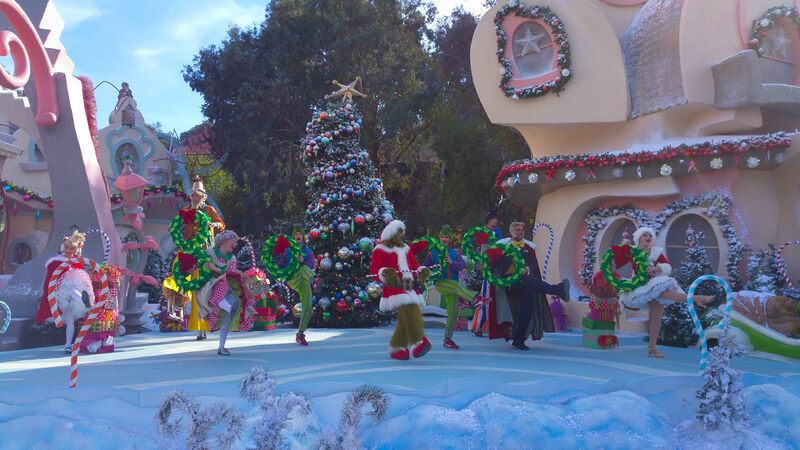 This cheery Grinch at Universal extravaganza is sure to make the kids and adults grow their hearts 3 sizes bigger. This Grinchmas show at Universal is the main event of the entire holiday celebration. The Grinch show at Universal Studios is a live show that tells the story of How the Grinch Stole Christmas. Of course, it stars the Grinch himself, as well as the cast of Whoville.

What are the Universal Studios Grinchmas Showtimes?

Universal Grinchmas showtimes tend to begin at 5:30PM, when the lights after dark brighten up the place with holiday cheer!

Do We Need Grinchmas Tickets?

The Universal Studios Orlando Grinchmas does not require special tickets, as it’s included with regular park admission. The only event you would need to book is the Character Breakfast. 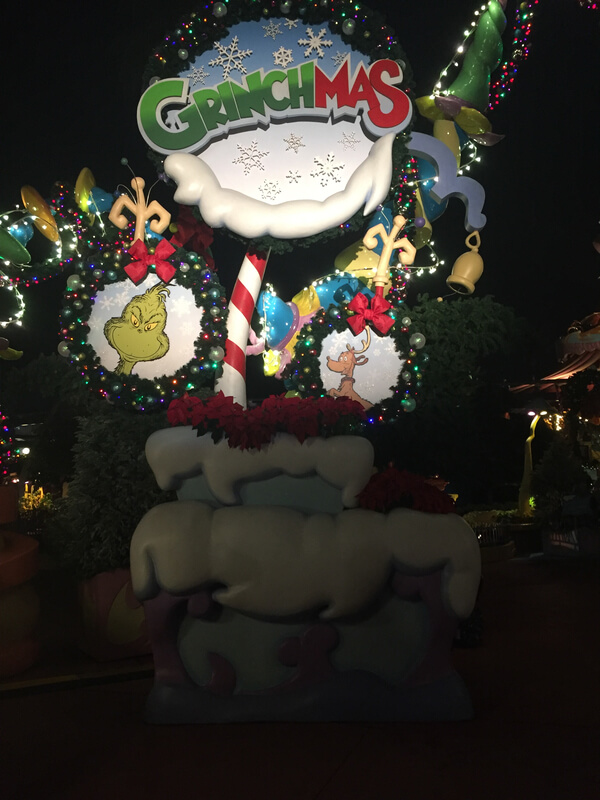 While Grinchmas 2020 was canceled, there is only hope that Grinchmas 2021 will make a come back. This is giving us something to look forward to!

How Long is Grinchmas at Universal Studios?

Grinchmas lasts throughout the holiday season, going on for nearly 2 months. That’s a whole lot of holly, jolly, and sass!

When Does Grinchmas End at Universal Studios?

Usually, Grinchmas and all things Whoville at Universal Studios comes to an end around the beginning of January, after New Year’s Day.

The Grinch Meet and Greet 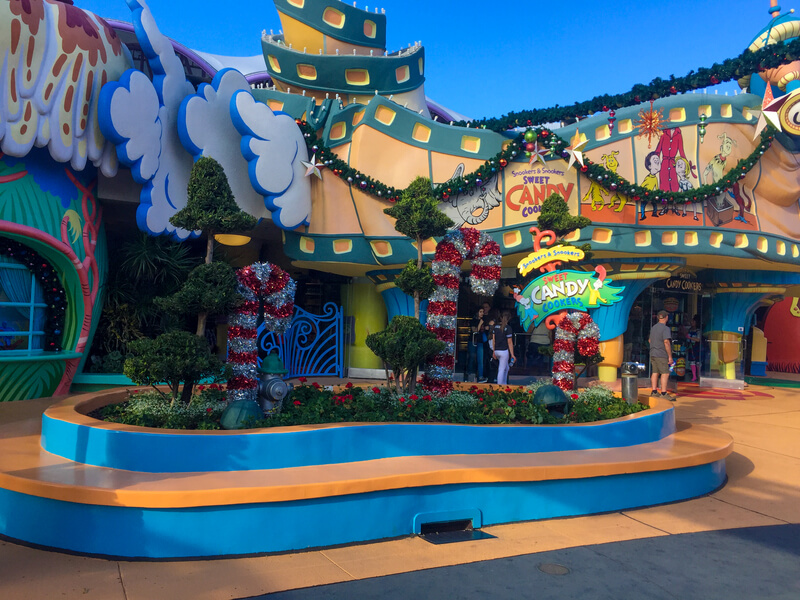 Typically, guests celebrating Grinchmas can meet the Grinch at Universal Studios, through The Grinch and Friends Character Breakfast, which is an exciting event for all who attend. This happens on select mornings and it requires a reservation booked in advance.

Who Plays the Grinch at Universal Orlando?

Since the film consists of a mostly-animated character, the Grinch theme park look is inspired by Jim Carey’s character. It does look pretty realistic if you ask us, almost like he walked out of the movie and into the park!

Getting to Universal Studios for Grinchmas 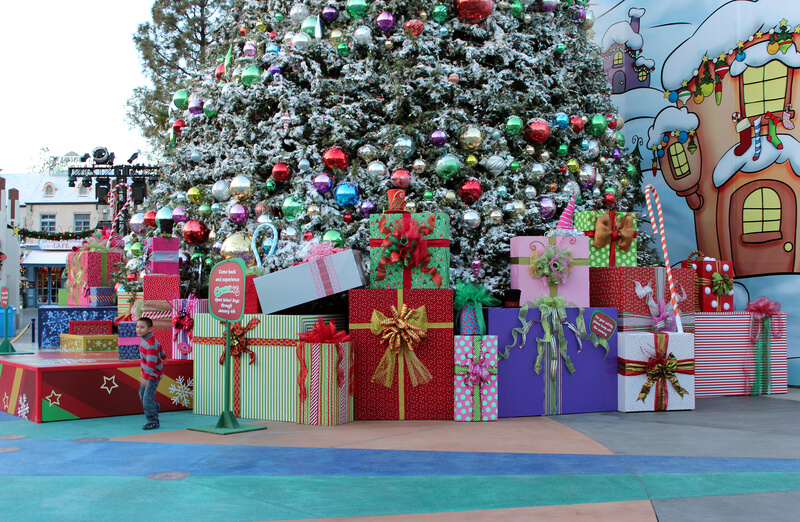 The holidays are always a busy time for the theme park, as kids are out and many families are on vacation. Make sure to book your trip as soon as you can to ensure you don’t miss out on a Grinchmas Wholiday spectacular!

How to Book Your Universal Orlando Vacation 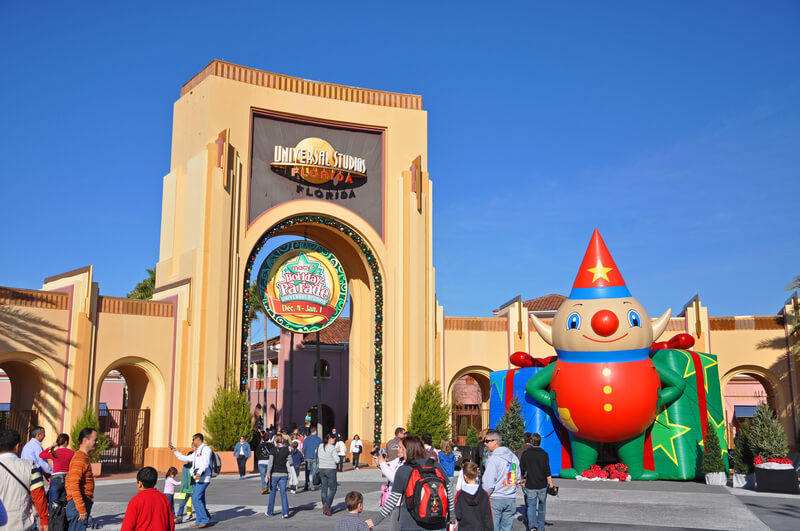 Once we plan the perfect itinerary for you, you’ll pay just $50 per person down to hold your vacation. Final payment is due 45 days prior to arrival and payment plans are available. To get started you can request a no-obligation Universal vacation quote online or by calling one of our travel experts at 407-630-8650.